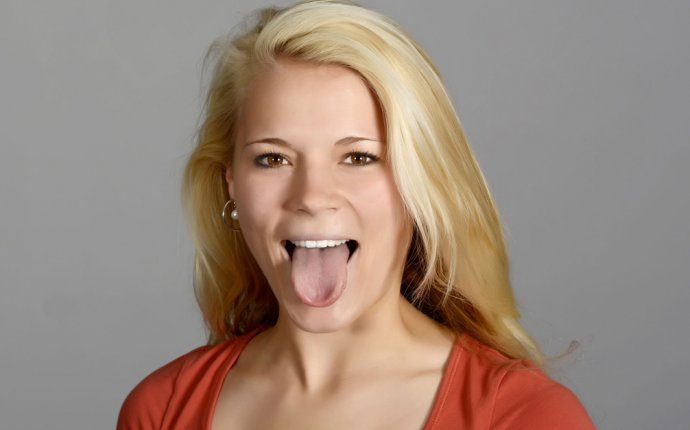 According to ayurveda, tongue is a map of internal health.The furry coating on the tongue are toxins eliminated from the digestive system overnight. A cold, rough tongue bearing cracks indicates vata. A red/blue colour tongue indicates pitta. A white, slimy tongue indicates kapha. If all doshas are aggravated, then the tongue is black and thorny eruptions come out.

Conventional western medicine dictates that Lesions on the tongue could indicate oral cancer; Ulcers could indicate high stress and a white, filmy coat creates an environment perfect for bacterial infections. But did you know that the tongue can actually be a great indicator of the health?

Conventional medicine treats the ‘furry’ tongue as a cosmetic problem. The concern is due to bad breath and unsightliness, and they don’t delve to see if there are any other deeper problems. A coated tongue, whether white, yellow or black, can be an irritating and sometimes frightening condition.

According to modern research removing the superficial layer of plaque and bacteria settled on the tongue reduces the risk of bad breath, tooth decay, gum disease, throat infections and heart disease. It won’t, however, alter the appearance of deep pathological tongue signs.

According to ancient Indian and Chinese medicine all the body’s meridians connect to the tongue just as they connect to the feet, hands and ears. Because of its proximity, digestive disorders are particularly obvious from tongue analysis. The tongue clearly indicates the body’s internal digestive enzymes, assimilation, inflammation, stagnation and hydration.

According to ayurveda, your tongue is a map of your internal health. Ayurvedic practitioners have used tongue diagnosis (jihavaa pareehsha) for many centuries. Abnormalities on the tongue can be read by ayurvedically-trained doctors to provide an in-depth analysis of health.

Ayurveda considers tongue as a barometer of internal health and uses abnormalities to diagnose conditions. This is probably because the tongue is actually the end part (and start) of the gastro-intestinal tract and one of the body’s detoxification paths. The furry coating on the tongue is actually toxins eliminated from the digestive system overnight. The tongue is directly connected to the heart, therefore indicative of the health of the cardiovascular system.

For over 5, 000 years, Chinese have used a system of medicine that measures the appearance of the tongue to classify the overall physical status of the body, or zheng. In Japanese it’s called- Zetsu Shin and Chinese call it She Zhen. Bian Que (471-221BC), one of the pioneers of Chinese tongue diagnosis said he could see the patient’s insides from the tongue, identifying past and present patterns as well as predicting future conditions.

The overall health of the body or zheng can be determined by an analysis of the tongue. If the tongue is red, it is considered ‘hot’ whereas a white tongue indicates ‘cold.’ These temperature markers refer to symptoms within the body and can serve as a warning sign of health problems.

However, hot and cold zheng doesn’t refer directly to body temperature. Rather, it refers to a suite of symptoms associated with the state of the body as a whole. For example, a person with cold zheng may feel chills and coolness in the limbs and show a pale flushing of face. Their voice may have a high pitch. Other symptoms of cold sheng are clear urine and loose stool. They also may prefer hot foods and drinks and desire warm environments. Both hot and cold zheng can be symptoms of gastritis, an inflammation of the stomach lining frequently caused by bacterial infection.

Modern medical science is now taking notice of tongue. After a landmark study in China revealing significant tongue changes in 12, 000 cancer patients, US researchers led by Dr. Robert Schoen, director of Gastrointestinal Cancer Prevention at the University of Pittsburgh Cancer Institute, is recording computerized images of patient’s tongues to note any correlation between cancer and tongue signs. Dr Schoen explains the rationale behind this, “The tongue is one of the first parts of the gastro-intestinal tract that’s visible.” The tongue is also known as the ‘sprout of the heart’ as it is directly connected to the cardiovascular system. Hence, eighteenth century doctors would routinely inspect the tongue in fever patients to monitor how the heart was holding up.

A new study of obese adults shows that those who have obstructive sleep apnea (OSA) have a significantly larger tongue with a higher amount of fat. OSA is a chronic disease that involves repetitive pauses in breathing during sleep.
The authors suggest that the extra fat may hinder the muscles that attach the tongue to bone. The fat may prevent these muscles from keeping the tongue away from the airway. As a result a fat tongue may be more likely to block the airway during sleep. The risk of OSA increases with excess body weight. Common warning signs for sleep apnea include snoring and choking, gasping, or silent pauses in breathing during sleep.

How Should A Healthy Tongue Look?

According to Ayurveda, a healthy tongue should be pink with no coating or bumps or marks. This is rare and most people have a little bit of coating, especially at the back of the tongue. This indicates ama buildup in the colon.

Ayurveda states that ama on the tongue should be scraped off, instead of left to be swallowed and reabsorbed into the body. Ama is undigested matter from the stomach. It contains toxins and bacteria, so must be removed. If it is left to build up too much, it can cause sore throats, and then illness. It will also cause bad breath. Ama will be released back into the body.

Examination of Tongue According to Ayurveda (jivha pariksha)