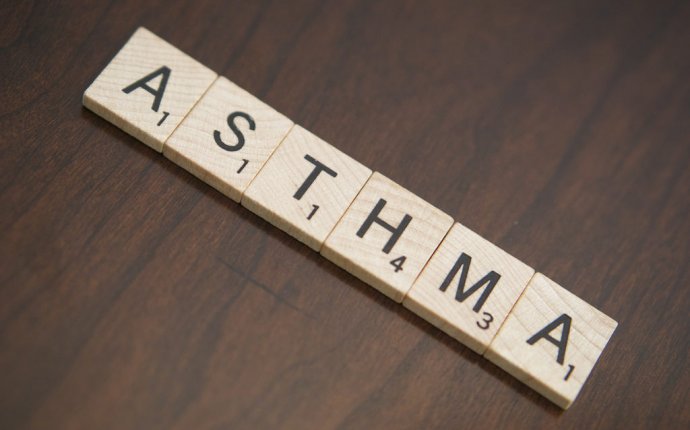 From the Ayurvedic medical viewpoint, asthma does not begin in the lungs but in the digestive system. Dr. Halpern, founder of the California College of Ayurveda, relates the case of Isabel, 44, who came to him with symptoms of severe asthma.

Isabel complained of wheezing, shortness of breath, weight loss, dry cough, sleeping difficulties, dry skin, scanty appetite, and frequent constipation. In consultation with Isabel, Dr. Halpern learned that her asthma was sufficiently serious to require the daily use of an inhaler and the frequent use of cortisone during an asthma attack. Her recent weight loss from 120 to 108 pounds had left her gaunt and even "emaciated, " observed Dr. Halpern. She drank a great deal of coffee and had a rapid, thin pulse. Isabel said food settled in her stomach "like a rock." Coffee, as a stimulant, "makes everything move faster, " and is not helpful to a person with a predominating vata condition in which, in effect, there is already too much movement, says Dr. Halpern.

Isabel's "emotional landscape" was dominated with fear, worry, anxiety, and a deep-set concern about suffocating; her mind was flighty, "like a bee, moving very fast, " unable to focus and settle for long on one topic and constantly waffling and changing direction. These factors, and Isabel's light thin skeletal structure, were classic indicators of a basic constitutional type called vata, one of three types described by Ayurvedic medicine.

In Ayurvedic medical thinking, the internal "fire", or basic life force, of Isabel's system was suppressed, leading to digestive difficulties and malabsorption of nutrients. "It's like putting a big log on a campfire with a tiny flame; most likely, the log will not catch fire but only smolder, " says Dr. Halpern. From Isabel's digestive system, the imbalance then spread upward to her lungs, he adds. “‘Dry’ asthma, as in Isabel's dry cough without mucus, begins in the intestines; likewise 'wet' asthma, with mucus on coughing, starts in the stomach." This is why Dr. Halpern began his treatment program by addressing what foods Isabel put in her stomach. The goal was to use foods to introduce warmth into Isabel's digestive system and to stimulate the digestive fire. Dr. Halpern put her on a limited diet for five days consisting of 1/8 teaspoon of nutmeg mixed with ½ cup of buttermilk (diluted 50% with water) to be taken three times daily. Buttermilk, because it is fermented, provides warmth to the stomach (compared to regular milk, which is a "cold" food and thereby harder to digest), while nutmeg increases nutrient absorption. Dr. Halpern also recommended Basmati rice mixed with cumin, fennel, and ginger; these hot spices would "increase the fire" in Isabel's digestive system and enhance absorption.

She ate these foods with a traditional Indian product called ghee, made from clarified butter, to help regulate the digestive forces, or "fire." After the five days, Isabel's digestion was noticeably better, so Dr. Halpern began to gradually increase her food intake by adding selected cooked vegetables, as well as warm milk mixed with ginger. His approach was to increase Isabel's food consumption in proportion to the improvements in her digestion. "That's the key, because if you increase the foods too rapidly, the digestion will be upset."

Dr. Halpern also sought to reduce the overbearing influence of vata in Isabel's system by prescribing foods to "pacify" its effects. Dr. Halpern introduced a series of tonic herbs to increase Isabel's internal strength, including Shatavari, Bala, licorice, and Ashwagandha. She took these in capsule form three times daily, and then gradually increased the dosage to nine capsules daily. Dr. Halpern gave her triphala, a common Ayurvedic herbal laxative formula for the colon to normalize bowel movements; she took ¼ teaspoon of Triphala powder three times daily. Hingwastika, another traditional Ayurvedic formula, was also given (1 capsule, 3 times daily) to stimulate digestive function. Here the goal was to "work more systematically on Isabel's internal energy, as it encompasses the function of all her organs and systems, " said Dr. Halpern.

Only one month after starting Dr. Halpern's program, Isabel reported that her asthma was gone, her breathing capacity had returned to normal, and that she had discontinued the cortisone. Bear in mind that Isabel had suffered from asthma for a full year before Dr. Halpern helped, and also that for the final three months she had endured the severest symptoms and used the inhaler every night. Even so, Dr. Halpern wanted to fine-tune Isabel's recovery from asthma, so he drew upon other facets of Ayurvedic practice.

He prescribed special breathing exercises, called pranayama, to help free up her lungs, giver her more control over her breathing, and again, to stimulate her digestion. Dr. Halpern also suggested that Isabel apply a small amount of sesame oil into her nasal passages to help normalize the breathing. Isabel started using more of the hot spices (mentioned above) in her foods to reduce the formation of mucus throughout her body and she started having broths made from stewing meat and bones, then draining off the stock. The intention here was to help Isabel regain her lost weight; in about two weeks, she had put on three pounds. Next, Dr. Halpern added "heavier" foods to her diet, meaning ones harder to digest, such as almonds and sunflower seeds, and he suggested she eat five small meals every day.

During a holiday dinner, Isabel binged on foods outside the strict Ayurvedic prescription, and had a three-day flare-up of her asthma symptoms. Specifically, she ate some vegetables, such as broccoli, cauliflower, kale, and cabbage, which for her system at that point, were to taxing to easily digest. Even so, her system was strong enough to require the use of an inhaler only once; after the three days, the asthma symptoms disappeared again. Dr. Halpern introduced another Ayurvedic specialty preparation called kitchari to help normalize digestion. Kitchari, which consists of split mung beans and Basmati rice cooked with spices and ghee, became a mealtime regular for Isabel in the third month of her program. "We also started paying attention to all the habits that surrounded her eating, " comments Dr. Halpern. He suggested that she eat slowly in a quiet environment, that she chew her food thoroughly, and generally create a positive atmosphere for eating, adding prayer, grace, or brief meditation, if she wished. "In Ayurveda, we say it's more important how you eat rather than what you eat, that even good food eaten the wrong way will create digestive problems."