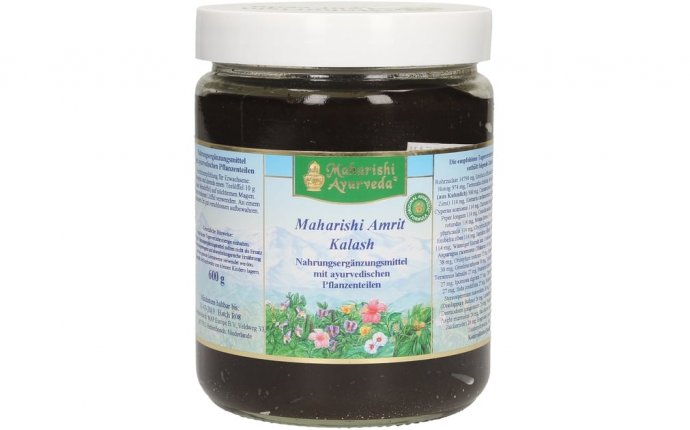 Specific pathogen-free (SPF) inbred male C3H/He N mice were used in the present study. Young mice (2 months old, weighing 24 to 26 g, = 10) and old mice (22 months old, weighing 30 to 34 g, n = 40) were obtained from Japan SLC Inc. (Hamamatsu City, Japan). They were housed, five per cage, with pelleted basal diet, CE-2 (CLEA Japan, Inc., Tokyo, Japan) and water ad libitum, in an animal room under a 12 hours light-dark cycle at a temperature of 22 ± 1°C and a humidity of 60 ± 5%. After a week acclimation, they were used for the experiment. The old mice were divided into 4 groups. Each group consisted of 10 old mice.

Ingredients of MAK 5, and treatment

MAK5 were obtained from Maharishi Ayurveda Products International (Lancaster, USA). The ingredients of MAK5 have been described by Sharma et al. . The ingredients in MAK5 are: gymnema aurentiacum (meda milkweed), black musale, heart-leaved moonseed, sphaeranthus indicus, butterfly pea, licorice, vanda spatulatum, elephant creeper and indian wild pepper. The exact composition of various ingredients in MAK 5 is not disclosed by the supplier, but the quality control (e. g., minimal variation from batch to batch) was assured.

MAK5 suspended in distilled water was given to old mice p.o.at 50, 100 or 200 mg/kg per day (3 days/week) for 2-month. Due to the limited number of published researches on MAK, a standardized experimental protocol has not been established. We assumed that every day's MAK application would possibly cause an acute effect on the physiological functions of the animals, leading to death in a large number of aged mice. In order to prevent this possibility, the animals were given MAK5 food supplement every other day over the course of two months treatment. Old control mice and young control mice were given water as the vehicle (0.1 ml/10 g of body weight). In order to remove the acute effects of the treatment of MAK5, the animals were sacrificed by bleeding 24 hours after the last administration under ether anesthesia for the following experiments.

The experimental protocol, animal care and treatment were approved by the Committee for Animal Studies at Gifu University School of Medicine.

All procedures were conducted under aseptic conditions. From each group 6 mice were selected for this part of experiment. Peritoneal exudate cells (PECs) were obtained from each mouse. Mice were sacrificed by bleeding under ether anesthesia, following a method previously described . The abdomen was cleaned with 70% ethanol, the abdominal skin was carefully dissected without opening the peritoneum, and 5 ml of Hanks' medium adjusted to pH 7.4 was injected intraperitoneally. The abdomen was massaged and 90 – 95% of the injected volume was recovered. The peritoneal resting macrophages in the PECs suspension were isolated by the cell adhesion method. The PECs were suspended in RPMI 1640 medium containing 10% heat-inactivated FBS and incubated in a culture plate (Corning Laboratory Sciences Co., New York, USA) for 2 h at 37°C in a 5% CO2 incubator. After removing non-adherent cells by washing the plate with Hanks' medium, the adherent cells were harvested from the bottom using a cell scraper and resuspended in 10% FBS-RPMI 1640 medium. These cells were counted, checked for viability in trypan blue, and used in in vitro assays for glucose consumption and production of nitric oxide (NO2-).

All procedures were conducted under aseptic conditions. For this part of the experiment, 4 mice were used from each group. Mice were sacrificed by bleeding under ether anesthesia and the single cell suspension was prepared by pressing the spleen between two slide glasses. The cell suspensions were passed through a 200-gauge stainless steel sieve and then let to stand to remove tissue fragments. Contaminating red blood cells were lysed by suspending cells in 0.85% NH4 in Tris-HCl buffer. The cell suspensions were centrifuged (600 × g for 10 min) and then resuspended gently in FBS-RPMI 1640. These cells were counted, checked for viability in trypan blue, and used in assays for proliferative responses, production of IL-2, IFN-γ and IL-4.