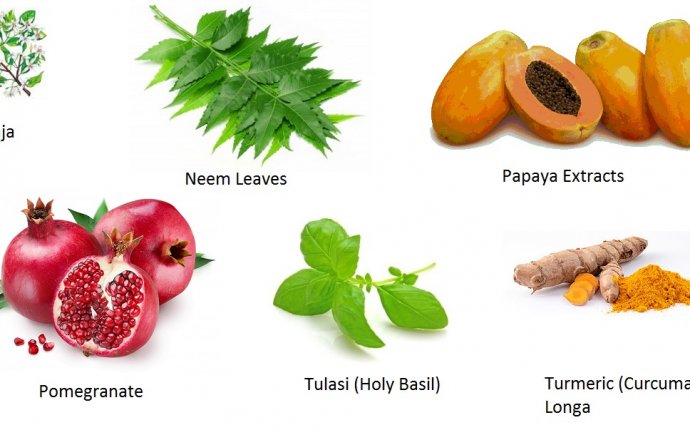 AIDS- MODERN CONCEPT
AIDS is an acronym for the 'Acquired Immune Deficiency Syndrome'. AIDS is not a single disease but it is a syndrome- a set of diseases, which results from the destruction of the body's defenses by human immune deficiency virus, HIV.

The virus that causes ' Aids' - HIV belongs to a family of viruses known as retroviruses. HIV looks like a rolled up porcupine. It contain two snakes like single strands of RNA along with reverse transcripts firmly wrapped up in a core, giving HIV its characteristic appearance.

On entering the white blood cells known as CD 4 cells, HIV produces its own DNA and sees to it that this gets inserted into the DNA of the host cell. The viral DNA has enough power and information to direct the destiny of the cell. It can force the cell to manufacture several new copies of HIV. However due to certain trigger and regulatory mechanisms, the viral DNA lies dormant in the host cell for several years before it begins to do the damage.

People infected with HIV may take 7 - 10 years to develop AIDS.

AIDS AYURVEDIC PERSPECTIVE
According to Ayurveda the AIDS disease may be correlated with "Kshaya' or "Ojakshaya' meaning loss of energy. The Symptoms and causative factors and treatment for the latter are found mentioned in many ancient Ayurvedic tests like, Charaka Samhitha, Bhavaprakasha, Vaidyachintamani and Chakradatta etc., Shosha is another condition, which results from loss of energy that is similar to AIDS.

The disease is caused by the dominant kapha dosha along with the other doshas tends to block the path for the flow of rasadi dhatus in their respective locations thus resulting in the deterioration of saptha dhatu Rasa(plasma), Rakta (blood cells), Mansa ( muscular tissue), Meda (adipose tissue), Asthi (bony tissue), Majja (bone marrow) and the Shukra (reproductive tissue). thus resulting into the disease.

The major symptoms are:

AYURVEDIC TREATMENT FOR AIDS:
All seems not lost for the HIV infected persons as the Ayurvedic supplements are proven to be harmless without any side effects and there can only be improvement and not deterioration.

The first step to stem the disease is to ensure a good and healthy atmosphere for the patient. He should be surrounded by well meaning friends and relatives who must affirm that the disease state is totally curable. Nothing negative should be discussed before the patient.
The patient should be given nourishing food which is easily digestible. He should be encouraged to do easy exercise which does not strain his fragile health. He should be kept engaged in fruitful activities which strengthen the good tendencies inherent in him.

Initially, the patient is given tonics and rejuvenators (Rasayanas) to boost immunity levels and to strengthen the system and stimulate appetite.

After gaining some strength, shodhana (elimination) techniques are used to expel toxins from the body through enemas, purgation and emesis. The medications administered at this stage are not hard or drastic, but soft, ghee-based so that the patient withstands them with ease.

A strengthening diet along with medicated ghee preparations and soups is recommended. But spicy, oily and acidic foods are to be avoided. A little alcohol is recommended as anupana (carrier) to aid the digestive process, and also remove blockages in the flow of Rasadi dhatus, i.e. srothorodha.

Patient is advised to do regular exercise. If the patient is incapable of exercising or running due to weakness, then steaming (swedanam) is also recommended. reason behind this is 'Heated blood is said to weaken, and even destroy, the virus in some cases'.

Experience has shown that certain herbo-mineral compounds prepared as per the formulae prescribed by sages like Agasthya, Charaka, Sarangadhara and others for the treatment of Kshaya have brought about significant results in improving the condition of AIDS patients. The Rasayana and Vajikara effects of the these medicines are good for the patients.

Some of the propritery ayurvedic medicines achieving good improvement in the quality of life of patients include 'Chyavanprash', 'Raktavardhak' for Immunity building and 'Sookshma Triphla tabs' to keep away the the infection.

An example of an Ayurvedic remedy which may be of use in the treatment of persons diagnosed with AIDS is 'Chyavanprash'. 'Chyavanprash' is most useful and most popular rejuvenator tonic(Rasayana) of Ayurveda.
Source: ayurveda-foryou.com