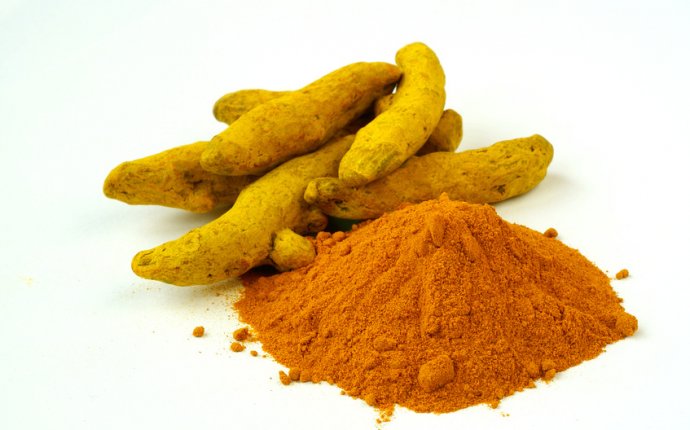 Learning to cope with chronic illness, one woman discovers Ayurvedic treatments that transform body and mind.

With my eyes closed and my muscles melting into the table beneath me, I'm only vaguely aware of the four hands gently working warm sesame oil over my body. The rhythmic motion of the massage lulls my busy mind, and for a moment I feel completely content. I let out a deep sigh of surrender. This is one of the sweetest moments of an Ayurvedicpanchakarma (a profound detoxification process) and is something of a reward for the four weeks I spent on a restrictive diet and lifestyle program. I worked hard to prepare my body and mind for this week at an Ayurvedic healing center and am enjoying the effortlessness of the experience when suddenly—without warning or the usual knot in my throat—I break into a steady flow of tears.

Still, I feel at peace. This kind of response to the panchakarma experience, I'm later told, is common and is considered part of the therapeutic process that Ayurveda, India's 5, 000-year-old holistic approach to medicine, encourages. The tears bring relief and a felt sense of acceptance of my story—the story that's brought me here to Boulder, Colorado, in search of healing.

I was 19, in my second year of college in Boston, far from family and friends. Like many students, I studied hard, worked several part-time jobs, stayed up late, and lived off of the cafeteria salad bar and first-date dinners. Halfway through the fall semester, I realized that I was alarmingly tired. Walking a few blocks was exhausting, and climbing the two flights of stairs to my dorm room left me winded. A few weeks later, while at a friend's apartment putting on my costume before a Halloween party, I stood in front of a full-length mirror for the first time in months and saw a gaunt whisper of a girl looking back.

The next day the doctor at the campus clinic told me I had a severe case of ketoacidosis, a life-threatening but reversible condition that occurs when you've maintained a very high level of sugar in the blood for several days. I had been feeling off since September. After noting that my blood sugar measured in the high 600s (70 to 120 is considered normal), the doctor said he was surprised that I'd been able to walk into the clinic at all.

I spent the next few weeks in a hospital, where I was diagnosed with type 1 diabetes, an autoimmune disease that causes the pancreas to cease insulin production. Without insulin, a hormone that allows the body to store and use glucose for energy, sugar builds up in the blood. With that comes the risk of ketoacidosis, which, prior to the discovery of insulin injections, was inevitably fatal. Even with insulin injections, however, diabetics may endure a long list of possible complications—such as kidney disease, blindness, and nerve damage that can lead to amputation. I had grown up knowing what the disease could do to someone. My dad had been diagnosed before he entered high school. By his late 40's, his left foot had to be amputated, he depended on twice-weekly dialysis, and he had undergone a kidney transplant. He died of complications from the disease when I was five.

Gripped by the memory of my dad, and eager to please everyone around me, I was determined to be the perfect patient, doing all that my doctors asked of me: I checked my blood sugars several times a day with a finger-prick test, counted carbohydrates (when digested, carbs turn into glucose, or sugar), and injected large amounts of insulin into my arms, thighs, stomach, and buttocks in the morning, at meals, and before bed. But during those first two years, my blood-sugar levels bounced up and down erratically, and it soon became clear that my doctors were simply guessing about how big or small my doses should be. Too much insulin before yoga, for example, and my sugars would dangerously bottom out to nearly hypoglycemic coma levels, leaving me pale, soaked in sweat, twitching, and close to passing out. A quick swig of orange juice would bring my blood sugars back up in 10 minutes, but often I'd find I had drunk too much, and my sugars were high again. What's more, my doctors insisted that I could be doing better than I was.

Before long, I gave up. I stopped trying to get it right, and I stopped talking about diabetes altogether, quickly changing the subject if someone asked me about it. I disengaged from my out-of-control body and got used to occasional high blood sugars, which are often accompanied by strong mood swings, sweating, lack of concentration, and dizziness. I did a finger-prick test maybe every other day, let most insulin shots slide, and satisfied my sweet tooth daily. For a while, the disease slipped to the back of my mind and I felt normal again.

When The Honeymoon is Over

Ignoring diabetes was actually pretty easy at that time. I've since learned that I was probably in what's called a honeymoon phase, during which time the pancreas continues to produce a small amount of insulin. But underneath my deep denial of the disease, I was suffering from depression. No one seemed to notice anything during those first three years of honeymooning, and even my quarterly blood tests appeared relatively normal. (Called an A1C, this test measures a person's average blood-glucose levels—not the constant swings between sugar highs and lows.)

And then, without warning, sometime after I graduated and moved to San Francisco, the honeymoon was over: Suddenly my A1Cs showed higher and higher blood-sugar averages. I begrudgingly started regular finger-prick tests and multiple injections again—up to 10 insulin shots a day. But my blood sugars and moods still yo-yoed. I knew that if this continued, in a few years I would find myself suffering from many of the complications my dad went through. I needed help.

About this time, I began reading about Ayurveda, yoga's sister science and a system of healing that examines a person's physical, emotional, and spiritual nature to treat the whole self. It was obvious that what I was doing wasn't working, and the idea of treating diabetes holistically sounded appealing. So with a deep breath—and after another two years of procrastination—I took the plunge. I knew that I needed to change from the inside out. I needed a soul-healing, habit-changing, life-transforming Ayurvedic makeover.

Full disclosure: As motivated as I was, I probably wouldn't have gone for a full Ayurvedic treatment if I hadn't joined the staff of Yoga Journal and gotten an assignment to write this story. The assignment paid for the treatment and gave me the time I needed to do it. Knowing now how it has changed my life, I can't believe I hadn't made it a priority sooner.

After consulting with my endocrinologist and getting her OK, I interviewed various practitioners before choosing to work with John Douillard, an Ayurvedic doctor who received his training in India, holds a PhD in Ayurvedic medicine from the Open International University, and co-directed Deepak Chopra's Ayurvedic center for eight years, before opening his LifeSpa in Boulder.