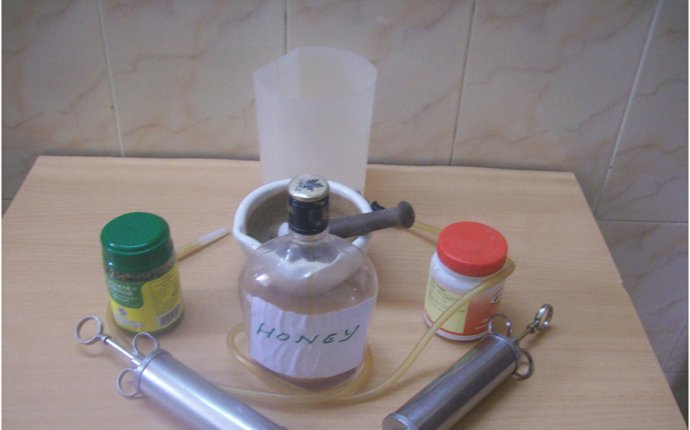 What is Basti Treatment in Ayurveda?

In Ayurveda enemas are called Basti (Vasti). Ayurvedic Bastis (Vastis) can be very helpful in a variety of complaints. This section is for general information only. As Ayurveda is a very complex topic and includes diet and lifestyle changes please visit a Ayurvedic practitioner or Vedya before attempting to administer an ayurvedic Basti.

"Basti" literally means bag/container/bladder. In ancient times, sterilized urinary bladders of animals were used to instil the enema, hence the name of the procedure is Basti Karma.

They involve the introducing of liquids like medicated oils, herbal concoctions and milk through the perineum (through the anus, urinary meatus or vaginal orifice in women) in order to clean or heal the lower part of the body (below umbilical part). The toxins (ama) accumulated in the lower part of the body or the toxins pushed to the colon, urinary tract or reproductive tract by previous ayurvedic procedures like Oil-therapy (snehan) or Sweat-therapy (swedan) can be cleared with bastis.

An Ayurvedic Basti has significant multiple effects and hence cannot be compared with contemporary enema, which is used for bowel cleansing or nutritive therapies. Though Basti practices directly affect the colon they are much more than a localized, symptomatic treatment. In administration, effects and intent the Basti differs significantly from Enema and Colonic treatments which only address the eliminative capacity of the colon.

The Basti procedure restores the balance of the body types (doshas) in particular VATA body type (there are 7 body types in Ayurveda). It increases weight in emaciated people, decreases weight in the obese, improves vision, prevents aging, brings back lustre and strength, and healthy longevity. It is specifically for vatic disorders. It relieves constipation, distention, chronic fever, cold, sexual disorders, kidney stones, heart pain, backache, sciatica and other pains in the joints. Many other Vata disorders such as arthritis, rheumatism, gout, muscle spasms and headaches may also be treated with Basti.

Basti is effective for most of the digestive disorders like dry colon, dry rectum condition and the tendency towards constipation resulting from such conditions. It also provides relief in conditions like distention of abdomen, flatulence, spastic colon, dryness of digestive tract observed in chronic fever, etc. Body debility, senile debility, impaired immunity, muscular dystrophy and bed ridden conditions like paralysis can also be treated by Basti. Basti can also be used to give some energy supplementation to the body, as the mucous membrane of the rectal canal is a semi permeable membrane.

There are different types of internal Bastis (Pakwashaya):

* Uttar Basti - the vaginal douche, given with medicinal decoctions for various

* Mutrashaya Basti - medicated fluids are introduced through the urethra (male)

Basti is given four to six hours after a meal or best in the mornings. Bowels and bladder must be evacuated prior to Basti treatment. It is best to provide a warm oil massage on the belly and back followed by fomentation of the abdomen (a warm water bottle on the belly for 10 minutes) before the treatment. If emesis (vomiting) and purgation treatments are to be given, they are best administered prior to Basti.

Medicated water enemas are to be retained for 48 minutes (minimum 15 minutes).

There are other external Bastis also used in Ayurveda which are not discussed here.

It is also contraindicated in infantile problems and senile debility.

When Basti therapy is incomplete, spasmodic pains, burning sensation, anorectal itching and pain, anorexia, blockage of stools and wind are noticed. If given in excess, it causes anorectal inflammation and ulceration, fissure, weakness, and muscular cramps.

For pain in abdomen after Basti, massage the abdomen gently!

For headache experienced immediately after Basti, a gentle head and forehead massage followed by Ginger tea can be given. This can be followed by Nasya (special ayurvedic treatment to cleanse the sinus area).

If liquids are not expelled after 48 minutes another Basti treatment is prescribed with hot water (38C) and fomentation to the lower back and abdomen. Warm water can also be consumed. If complications arise fast acting purgatives (eg Castor oil with warm water or prune juice) must be administered immediately to expel loosened toxins from the colon.