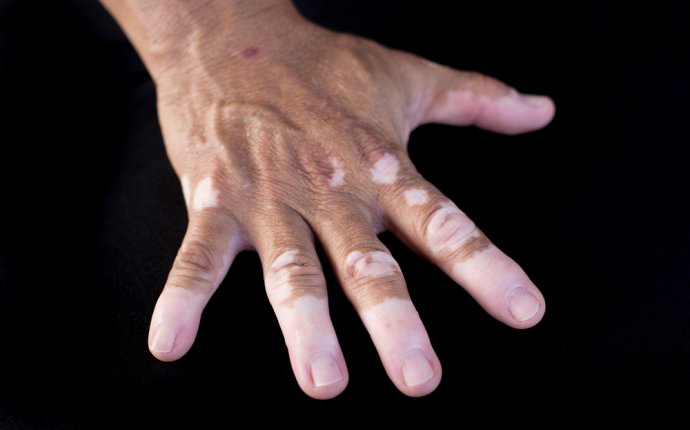 I have studied all the cases of vitiligo and they were cured with different treatments. There are various modalities of treatment available for vitiligo under different systems of medicine.

The main goal of treating vitiligo is to improve and enhance melanin formation on white patches. Each patient responds differently to treatment, and a particular treatment may not work for everyone. There is no ideal treatment in the absence of a clear understanding of the cause of vitiligo. The conventional treatment can be divided into the following:

Vitiligo has an unpredictable course and that its prognosis may not always be encouraging. Patients need to maintain good general health and a balanced nutritious diet enriched with adequate proteins, vitamins B-complex and E, and minerals such as copper, zinc, and iron.

One must avoid physical, chemical, and emotional trauma as far as possible. One must also avoid use of soaps and detergents containing phenolic compounds, rubber goods, and contact exposure to other chemical agents known to affect melanogenesis.

The type of treatment selected depends on the type of vitiligo, its severity, as well as the patient’s preference, health, and age. Medical treatment of vitiligo comprises the following:

Psoralen is one of the most effective of all drugs. It contains chemicals (furocoumarin compounds) that reacts with ultraviolet light (photosensitizing chemicals) to cause darkening of the skin. However, it is time-consuming, and care must be taken to avoid side effects, which can sometimes be severe.

Topical psoralen photochemotherapy is often used for individuals with a small number of depigmented patches affecting a limited part of the body and for children aged 2 years and older, who have localized patches of vitiligo.

Oral PUVA therapy is used for individuals with extensive vitiligo (leucoderma) (affecting more than 20% of the body) or for those who do not respond to topical PUVA therapy. Oral psoralen is not recommended for children under 10 years of age because it increases the risk of damage to the eyes caused by conditions such as cataracts.

The 308-nm xenon chloride excimer laser is an efficacious, safe, and well-tolerated treatment for chronic stable vitiligo (leucoderma) limited to less than 30% of the body surface. It acts through immunomodulation by affecting T cells. Treatment periods of more than 12 weeks may be necessary to obtain satisfactory results.

Topical therapy is used in vitiligo treatment, topical agents like methoxsalen, trioxsalen, corticosteroids and calcineurin inhibitors are used in this therapy. Though its used prominently for treating vitiligo it has few side effects.

All surgical therapies must be considered only after proper medical therapy has been attempted. These treatment regimens are often indicated in segmental or localized and stable vitiligo. Areas such as dorsal fingers, ankles, forehead, and hairline tend to not re-pigment well. Carefully selected patients who have small areas of vitiligo with stable activity are candidates suitable for surgical transplants. Surgical techniques are time-consuming and expensive and usually not paid for by insurance carriers.

In this procedure, the skin from one area of the patient’s body is removed and attached to another area. This type of skin grafting is sometimes used for patients with small patches of vitiligo. Treatment with grafting takes time and is costly, and many people find it neither acceptable nor affordable.

In this procedure, the blisters are created on the patient’s pigmented skin by using heat, suction, or freezing cold. The tops of the blisters are then cut out and transplanted to a depigmented skin area. The risks of blister grafting include scarring and lack of re-pigmentation. However, there is less risk of scarring with this procedure than with other types of grafting.

In this procedure, small donor grafts are inserted into the incision of recipient sites and held in place by a pressure dressing. The graft heals readily and begins to show re pigmentation within 4-6 weeks. Some pebbling persists but is minimal, and the cosmetic result is excellent.

This procedure involves implanting pigment into the skin with a special surgical instrument. It works best for the lip area, particularly in people with dark skin.

Ayurveda is a Sanskrit term meaning ‘science of life’. Ayurveda perceives life as the union of body, mind, senses, and soul. ‘Charaka Samhita’, a two thousand-year-old Indian Ayurvedic text, describes vitiligo as ‘Svitra’ or ‘Kilasa’, with recommendations for treatment.

Some Ayurvedic physicians recommend raktamoksha (therapeutic bloodletting), either by topical application of leeches to affected areas, or by using a syringe or surgical knife, from the affected skin patches, as part of the therapy. This method is used to remove excess pitta dosha in the rakta dhatu.

Homeopathic approach to treating any disease is based on the philosophy of augmenting body’s own healing processes. This is achieved by administering a medicine, which has the capacity to correct the altered immunity that led to the development of disease.