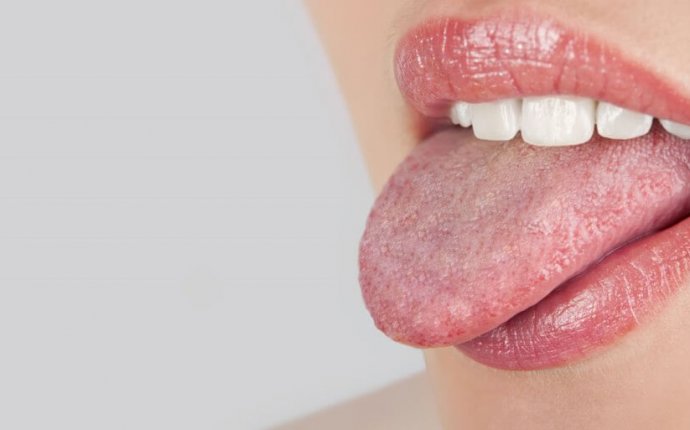 The ancient art of tongue diagnosis also describes quite characteristic patterns that can reveal the functional status of respective internal organs merely by observing the surface of the tongue. The tongue is the mirror of the viscera.

The front one-third of the tongue relates to the lungs, heart, chest, and neck. Froth in the middle of this area is often a sign of low lung energy with damp and cold lungs and may translate as a cold, bronchitis, asthma, or respiratory allergy. If there is a small depression in the heart area, it often relates to intense grief, sadness, or depression.

The central third of the tongue relates to the liver, spleen, stomach, and pancreas. Small ulcers on the tongue in the stomach area may reflect gastritis or peptic ulcer.

The rear one-third area of the tongue relates to the lower abdominal organs, such as the small intestine and colon. If this posterior part of the tongue is covered with coating, that is ama or toxins in the colon, indicating low colon energy.

Using one long stroke, gently pull the scraper forward so that it removes the unwanted coating on the tongue. Rinse the scraper and begin again if necessary. Ayurveda says that scraping the tongue should only be done in the morning on an empty stomach. Scraping the tongue is a good way to start to observe the tongue and as a result, the health of the internal organs.

RT @paavaniayurveda: Falling in love all over again today with our Vata Body Oil. 💚 The formula is simple but strong & interlaced with Ayu…