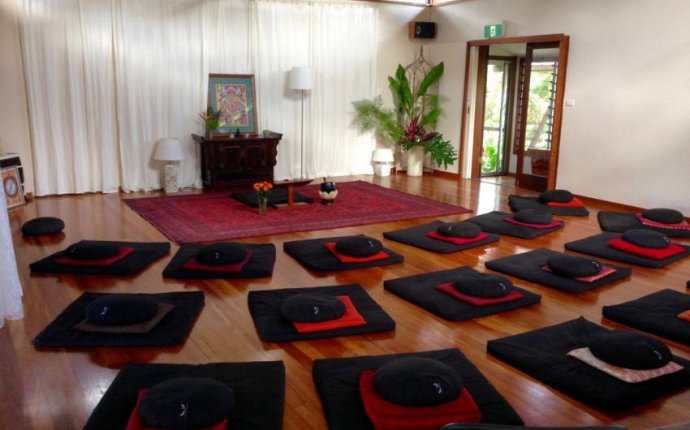 Take the case of a thirty-one year old woman who came for treatment with repeated neck pain and nervousness. She had been practicing yoga for six years and could not understand why she was having such difficulty. Our work with Ayurveda, the 5, 000 year old "knowledge of life, " helped this woman to understand how the Yoga asanas she had been practicing affected the movement of energy in her body. She found out that some of the asanas she had been practicing aggravated the subtle energies of her body. She also learned new asanas, which were more in harmony with her unique energetic balance. With this new knowledge she was able to modify her practice and eliminate her neck pain and nervousness while bringing greater well being to her body and mind.

In addition to the profound dietary and lifestyle advice that Ayurveda is most well known for, Ayurveda also sheds profound new light on the practice of Yoga. Yoga and Ayurveda are in fact, two paths intertwined in such a close relationship that it is hard to imagine traveling down one of these paths without knowledge of the other. Yoga is the ancient art and path of preparing the body and mind for the eventual liberation and enlightenment of the soul. Ayurveda is the ancient art and science of keeping the body and mind healthy so that individuals can pursue the goals in life that they have set for themselves.

The popularity of Yoga in this country has been growing steadily since Swami Vivekananda first brought the ideas of Yoga to the West in 1893. While Yoga found a welcome home in the West, its sister, Ayurveda was left behind in India. Today, just over 100 years later, Ayurveda has landed on this distant western continent in search of its sister; in search of its other half. Ayurveda does not come to this country empty handed but brings with it many gifts. It brings with it the knowledge of how to keep the physical body healthy and how this relates to one’s spiritual journey. It brings a gift specific to the yogi: the knowledge of how the asanas affect each one of us. Ayurveda sheds light on which specific asanas are best for each individual.

The Vedas, the oldest known writings and teachings, are the origins of both of these ancient arts. The Vedas are comprised of five books. One of them, the Yajur Veda, is considered by scholars as the origins of the knowledge of Yoga. Ayurveda has its roots within the Rig and Atharva Vedas. According to Dr. David Frawley, a Vedic scholar; "Yoga is the practical side of the Vedic teachings while Ayurveda is the healing side." In practice, both of these paths overlap a great deal.

Classical yoga has, as a part of its traditions, an aspect which addresses health and health practices. It is not simply asanas for differing conditions, but purification practices as well. In the same vein, Ayurveda is much more than dietary principals. Ayurveda can be seen as the science of understanding how we interact with our environment and how to alter our environment in such a way that it is harmonious with our deepest nature. Ayurveda is the science of how energies interact. As such, Ayurveda addresses our entire lifestyle, including exercise and Yoga. Ayurveda sees each individual's path toward perfect health as unique; hence Ayurveda can help us to understand which Yoga asanas are best for each individual as well as understand how the different forms of Pranayama affect us.

Ayurveda and Yoga are so closely related that it is argued as to whether Patanjali, considered by many to be the father of Yoga, and Caraka, often considered as the father of Ayurveda, may have in fact been one and the same person. The name "Caraka" translated means "the wanderer" or "the traveler." It is surmised that in his travels around India he may have been known by different names. While the Yoga Sutras of Patanjali are the definitive work on Yoga, the Caraka Samhita is considered the definitive work on Ayurveda. Whether Patanjali and Caraka were indeed one person will never likely be known.

Philosophically, both Yoga and Ayurveda are rooted in the same basic philosophy of Sankhya, one of six schools of classical Indian philosophy. The foundation of this philosophy can be described as follows:
1. There exists a fundamental state of pure being that is beyond intellectual understanding and which all life consciously strives for. This is the state of enlightenment or self liberation (Moksha).
2. Suffering is a part of our lives because of our attachment to our ego or self-identity (Ahankara).
3. The path toward ending suffering is the path of dissolving or transcending our ego (Ahankara). In doing so all fear, anger and attachment are eradicated.
4. To achieve this goal, we must live a purely ethical life. These practices are described as the Yamas and Niyamas of the Yoga Sutras of Patanjali.
5. Any disturbance within the mind or body interferes with this path. Ayurveda is the science of keeping the biological forces in balance so that the mind and body may be healthy.

Ayurveda is based on the idea that there exist three forms of the life force called Doshas. They are Vata, Pitta and Kapha. We are all made up of a unique combination of these three forces. This unique combination, determined at the moment of conception, is our constitution or Prakruti. These forces constantly fluctuate according to our environment which includes our diet, the seasons, the climate, our age and many more factors. The current state of these three doshas most commonly defines our imbalance or our Vikruti. Since we all have a unique constitution, and unique imbalances, it makes sense that each person's path toward health will likewise be unique. This is a major principal of Ayurveda. In addition, what will keep each of us healthy is also unique. Understanding our prakruti and our vikruti offers each of us the potential to make correct choices for ourselves along our paths.