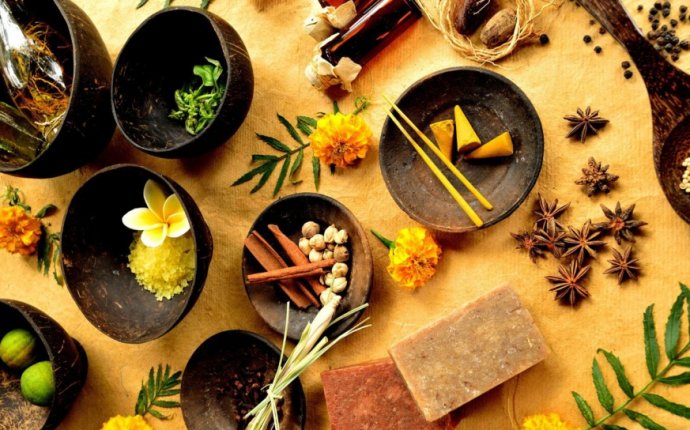 Vedas are the most ancient literature available in the history of human civilization. These ancient Indian texts were written in Sanskrit language. These texts explain the fundamentals of geometry, astronomy, astrology, life style, behavior sciences, metaphysics, economics and life sciences. There are four Vedas in all. Lord Brahma, when he created life also created a big compendium containing 100, 000 verses about life and other principles which sustain it. This whole knowledge was bestowed upon ancient sages by Lord Brahma himself. The sages blessed with the divine wisdom created these 4 Vedas.

These are ancient ayurvedic texts explaining basic principles of life and science:-

All Vedas have separate appendices which are Ayurveda ( health, medicine and life stlyle), Arthshastra ( political science and economics), Dhanurveda (martial arts) and Gandharva veda (music). Ayurveda is an appendix of 'Atharveda'.

Ayurveda is not only a medical system but also an art and philosophy of life. It was created by Lord 'Brahma–the creator' to sustain life in the universe. That's why Dr. Vikram Chauhan gave the title of his book as – Ayurveda - "God's Manual for Healing".

The ancient Vedic texts explains that Lord Brahma imparted the knowledge of Ayurveda to Daksh Prajapati, who in turn forwarded his knowledge to twin brothers-Ashwanikumara. Ashwanikumara were bestowed with exceptional understanding of healing sciences. They are also known as the 'magical' physicians of the Gods in heaven. They cured many incurable diseases and performed remarkable surgeries.

Lord Indra - The king of all angels in heaven, gained the knowledge from Ashwanikumara and propagated this science to Lord Dhanwantri and Maharishi Bhardwaj to spread the knowledge of Ayurveda among humans on earth.

Maharishi Atreya who learned Ayurveda from Maharishi Bhardwaj tought Ayurveda to his six disciples namely –Agnivesh, Bhela, Jatukarna, Prashar, Harit, and kshaarpani. Agnivesh, being most intelligent among other students created a treatise on Ayurvedic medicine-"The Agnivesh Samhita", which was later on republished as "The Charka Samhita" (1500 BC). This was an excellent book explaining every basic principle of Ayurveda in detail and it helped a lot of scholars to write down their own books and learn Ayurveda more clearly.

Sushruta - a brilliant student of Lord Dhanwantri learned the art of surgery and created a treatise on Surgery. It is known as "Sushrut samhita" (1200 BC). It was a unique manuscript. The art and methods of Surgery were so technically perfect that they are still performed in many modern day surgeries and "Sushrut is still considered as the father of plastic surgery. He was the first to do many cosmetic surgeries including first Rhinoplasty in the history of mankind.

These are the two main treatises on which basics of Ayurveda are clearly explained and still read by Ayurveda scholars worldwide. Vagbhatta- another Ayurveda scholar compiled "Ashtang Sangreh" and "Ashtang Hridya". These two texts by "Vagbhatta" are basically an overview of Charak and Sushrut Samhita

@drjaygenius @sardanarohit @yogrishiramdev @ZeeNews Dr, you should learn first about the origin of paths other than ayurveda.

@BRAHKSH This particular firm has acknowledged Ayurveda and the Indian origin of the knowledge and product. Hardly digesting

@Dr Shivani Sood: Both #Ayurveda and #yoga are intricately connected as they have the same origin- The #Vedas and the same goal- a #healthybody.