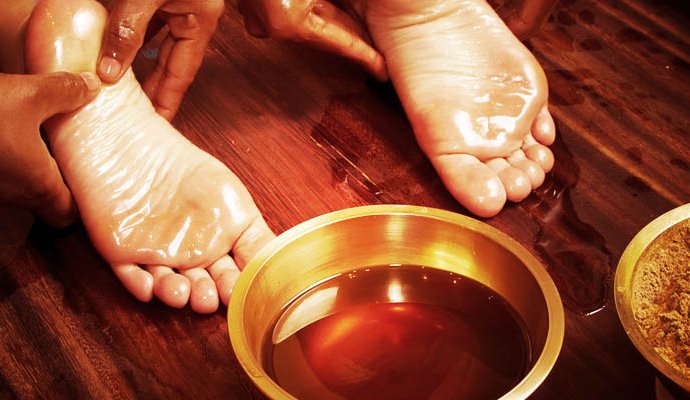 How to Manage Osteoporosis with Ayurveda

After the age of 60, half of the female population and one third of men are affected by osteoporosis.

This occurs when the body fails to form enough bone or when too much old bone is reabsorbed by the body or both. People who had insufficient calcium and protein during childhood, who are bedridden, or have a hereditary disposition are more likely to develop osteoporosis.

Diseases such as chronic rheumatoid arthritis, chronic kidney disease and hyperparathyroidism make people vulnerable to this condition. People on antiepileptic drugs, corticosteroids are also at risk of osteoporosis.

Menopause and the surgical removal of the uterus and ovaries can cause a fall in the primary female sex hormone, estrogen. Estrogen activates bone cell producing cells called osteoblasts but absence of estrogen causes increased activity of osteoclasts which cause re absorption of phosphates and calcium from bone cells to body and thus helping osteoporosis.

Within 5-8 years after menopause bone density will have been reduced by 4%. As age increases, the chances of getting a fracture also increases.

Ayurvedic medicine is a traditional system native to India with a holistic approach of health.

Early stage osteoporois does not have any signs or symptoms

Dhatu – Seven types of body tissues which forms physical body. They are

@tavleen_singh Its a morphed photo, second cow's urine according to "AYURVEDA" is good for health.