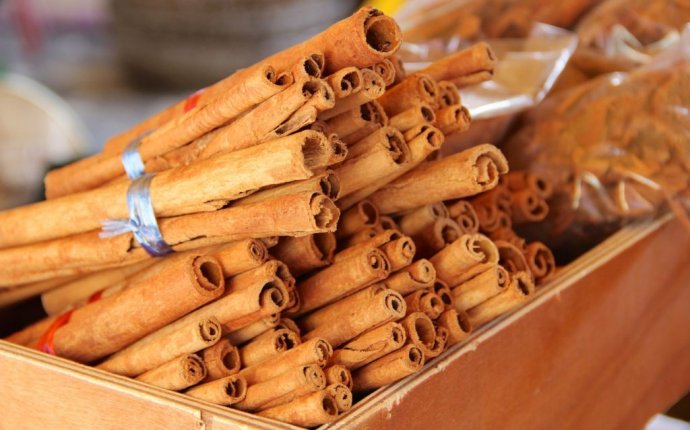 Cinnamon is a small tree that grows in India, Sri Lanka, Indonesia, Brazil, Vietnam, and Egypt.It's one of the oldest known spices and it's the bark of the cinnamon tree that is dried and rolled into sticks, which is also called quills. The characteristic flavour and aroma of cinnamon comes from a compound in the essential oil of the bark called cinnamonaldehyde.

Local : It is blood alterative, stimulant and analgesic. Mouth refresher and gives strength to gums. Hence, a piece of its bark should be chewed to stop vomiting and nausea. A swab made in its oil be held between teeth for dental caries. A thin paste should be applied to the skin in skin diseases. Application of oil cleanses and heals a tubercular ulcer.
Use in various diseases -
Digestive system-Being fire stimulant, ama digestive, anti-dyspepsia and vata onward movement propogator due to its bitter, pungent tastes and hot potency, it should be used to treat heaviness in stomach, abdominal pain, pricking pain in abdomen and dyspepsia. Its powder be used in diarrhea, colitis, sprue. Trijata [tvak, ela, tamalpatra] be used to treat abdominal colic, low fire.Should be used in enteric fever being anti microbial.
Water system - Its hot infusion be used in ama induced excessive thirst. Its piece be chewed in Pitta fever in the presence of dryness of throat.
Respiratory system - It eliminates Kapha due to pungent, bitter tastes and rough, light, hot and penetrating qualities. It liquifies Kapha and absorbs remaining kapha. Cinnamic acid contained in it has an antitubercular activity. Hence, its powder or oil should be used in cough, asthama and tuberculosis. A decoction made of shunthi, tvak and dhanyaka be used in cold, cough, headache and vatakapha fever. Kapha accumulated in respiratory tract causes obstruction to the movement of udanavayu. Obstruction in the rasa channel prevents adequate nutrition of respiratory channel. Tvak removes obstruction in channels by eliminating phlegm.
Circulatory system - It purifies blood due to its bitter taste and nourishes rasa, rakta due to its sweet taste. Being cardiac stimulant and oja increasing, it should be used in cardiac weakness, blood dyscrasias and infective diseases of the respiratory tract.
Reproductive system- Should be used in atonic uterus, in amenorrhea.erectile dysfunction.

Numerous studies conducted on cinnamon have shown that it can be used as remedy for several maladies:

Today while learning and practicing Ayurveda and alternative medicine ; the knowledge of the Healing Herbs described in Ayurveda is very important.
Learning the Herbs in Ayurvedic way is very important but in today's advanced world the updates and scientific information of the Herbs is also very useful for the treatment of a diseases.
Salient features of these E-BOOKS are -
* Solid background chapters that provide essential guidance on all Herbology strategies and Ayurvedic treatment.
* Commanding coverage of the full spectrum of Herbs by region, filled with insights into all disease conditions.
* An indispensable, authoritative overview of all Herbs, including every mode of Ayurvedic treatment procedure.
* A practical look at Herbal Ayurvedic management, with an incisive examination of issues related to the monitoring of dosha conditions.
* Exact description of new and innovative techniques in Ayurvedic Therapy.