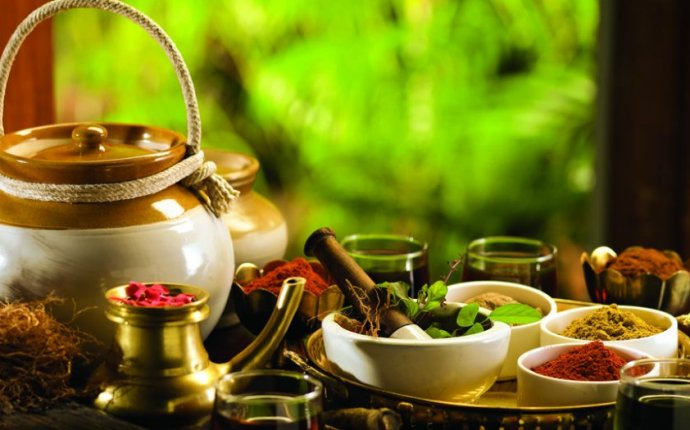 The Siddha System of Medicine (Traditional Tamil System of medicine), which has been prevalent in the ancient Tamil land, is the foremost of all other medical systems in the world. Its origin goes back to B.C 10, 000 to B.C 4, 000. As per the textual and archeological evidences which indicate the remote antiquity of the Dravidian civilization of the erstwhile submerged land Kumarikandam, that is the Lemuria continent situated in the Indian ocean, the Siddha System of Medicine is contemporaneous with those of the submerged lands Egyptian, Mesopotamian, Chinese and Grecian medicines. The uniqueness of Siddha System is evident by its continuous service to the humanity for more than 5000 years in combating diseases and also in maintaining its physical, mental and moral health while many of its contemporaries had become extinct long ago.

The roots of the ancient Siddha System are intertwined with the mythology and culture of the ancient Tamil civilization that existed in the southernmost tip of the Indian peninsula, predating much of recorded history.

Mythically, the origin of Siddha is attributed to Lord Siva, who is supposed to have handed it down to his consort Parvathi (Shakthi), who in turn passed on the sacred knowledge to Nandi, from whom it was transmitted to the first of "Siddhars". Siddha is a Tamil word derived from "siddhi" - attaining perfection in life or heavenly bliss.

The system is said to have emerged in antiquity, from the highly evolved consciousness of the Siddhars. The clarified intellect and heightened intuition of the Siddhars, resulting from their yogic powers, enabled them to explore the world around them and exploit its natural resources for the sake of humanity. Their findings on the characteristics of plants, metals, minerals and animal products and their knowledge of the properties of drugs, its purification, processing, fixing dosage, toxicity, antidote and clinical application, were preserved in the form of verses for the use of the posterity.

This unique legacy was bequeathed to select disciples or "chidas" by word of mouth. It is believed that there was a line of 18 siddhars, with Agasthya being the foremost and a large portion of Siddha lore is credited to him. With time, this oral tradition was transcribed on palm leaf manuscripts that now serve as the major repository of the knowledge.

The contributors of Siddha system, the Siddhars, of Tamil land, were mystics, yogis, poets, devotees, seers and medical men of various combinations and various statures. They were super human beings who possessed supernatural powers (like Eight types of Siddhis). They were the greatest scientists of ancient times and were the guardians of the world and they existed, and still exist, for the benefit of the public at large. They were men of great practical knowledge and wisdom. They had full awareness of the nature and activities of all the objects in this planet and of all times-past, present and future. They were mainly responsible for the growth and development not only of Tamil medicine that includes alchemy, medicine, yoga, kayakalpa (rejuvenation therapy), philosophy, astronomy, astrology, varma, muppu, thokkanam etc., but also for many other sciences of public utility.

According to the Siddha system, the individual is a microcosm of the universe. The human body consists of the five primordial elements-earth, water, fire, air and space, the three humours-vatha, pitta and kapha and seven physical constituents. Food is the basic building material of the human body and gets processed into humours, tissues and wastes. The equilibrium of humours is considered as health and its disturbance or imbalance leads to a diseased state; Saint Thiruvalluvar has indicated the same view in his Thirukural,

Reflecting this theory of cosmic oneness, the five senses are said to correspond with the five elements. Ether (Veli) is responsible for hearing; air (katru) for sense of touch; fire (thee) for sight; water (neer) for taste; and earth (mann) for the sense of smell.

Siddha is a comprehensive system that places equal emphasis on the body, mind and spirit and strives to restore the innate harmony of the individual. Treatment is aimed at restoring balance to the mind-body system. Diet and lifestyle play a major role not only in maintaining health but also in curing diseases. This concept of the Siddha medicine is termed as pathiam and apathiam, which is essentially a list of do's and don'ts.

The diagnostic methodology in Siddha treatment is unique as it is made purely on the basis of the clinical acumen of the physician. The pulse, skin, tongue, complexion, speech, eye, stools and urine are examined. This approach is collectively known as "Eight types of examination"; and among the eight, the examination of pulse is very important in confirming the diagnosis.

There is also a branch of the traditional science that deals with traumatology and accidental injuries called Varma. This is based on the notion of more than 100 vital points that are junctions of bones, tendons, ligaments, blood vessels and nerves called Varma points. Pranic energy is found concentrated in these points which, upon manipulation, produce curative effect.

Siddha system has enormous pharmacopoeia containing vegetable, animal and mineral products and treatment techniques consisting in use of 32 types of internal medicines and 32 types of external medicines, application of heat and cold, ointments, potions and poultice, blood letting, counter irritation, bath, suction, manipulative processes such as thokkanam, varma, yoga and concentration on hygiene and diet (pathiam), periodical use of purgatives and emetics, use of drugs which include, apart from herbs, preparations from metals and minerals such as copper, silver, gold, lead and preparations from products of animal origin such as brain, liver, bones, blood, skull, horns of various animals, tissues of reptiles and also Kayakalpa to prevent or postpone greying of hair, formation of wrinkles and ageing, prevention or treatment of diseases, and postponement of death (to any desired length of time). Some empirical treatment techniques under the guise of magic exorcism, incantation, pilgrimage, peregrinations, mountaineering and similar activities have also been in practice since ages.

RT @himantabiswa: Inspected site of a proposed 50-bed Ayurvedic Hospital at Dudhnoi in #Goalpara. I respect #Ayurveda as a vital science of…

@PMOIndia Sir, We had a lot of expectations that Modi Govt. would favour Ayurveda, the indigenous health science of Bharath. But GST shocks!

@reolseculor *Rubbish The meeting held in Goa was for implementation of Ayurveda in Modern medical science perhaps?