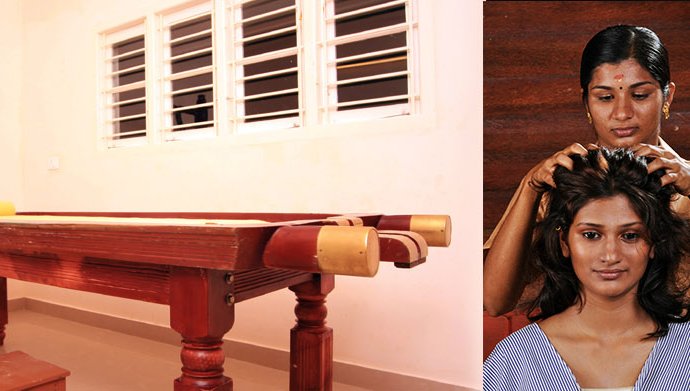 Punarnava Ayurveda Hospital was promoted with all these experiences as a solid foundation. The promoters are a family of doctors both allopathic and ayurveda. As the saying goes Treatment gets more effective in the Natural conditions. Punarnava has taken care to locate itself in the serene ambience of natural surroundings but also with in the city limits reachable by any one easily.
Dr.Anvar, BAMS.MD, who is the key person, has done his 5 1/2 years bachelors degree in ayurveda-BAMS from center of excellence Government Ayurveda College, Kerala with flying colors with rank form the university. He did his 3 years post graduation MD in Ayurvedic Pharmacology and one year course in Medicine from AIMS. He has achieved great success in treating various diseases. He has been awarded the Young Achiever Award of the year 2004 by Jaycees International, Rashtreya Ratna Award by Global Economic council, Netaji Foundation Award for best Doctor, State Consumer Protection Award 2006 and International Excellence Award 2008 by Thatagath Foundation at Thailand.Punarnava Ayurveda hospital bears the torch of the age old time tested science of life, Ayurveda in its cradle Kerala, the Gods own country. Punarnava, the word means again new. Punarnava also refers to a medicinal plant [Borrheavia diffusa], widely used in Ayurveda. Punarnava Ayurveda hospital is famous for its speciality panchakarma treatment. Punarnava Ayurveda hospital keeps and practices the sublime discipline of Ayurveda.

Cervical Spondylosis
Cervical spondylosis is a common degenerative condition of the cervical spine that most likely is caused by age-related changes in the intervertebral disks. Clinically, several syndromes, both overlapping and distinct, are seen: neck and shoulder pain, suboccipital pain and headache, radicular symptoms, and cervical spondylotic myelopathy (CSM). As disk degeneration occurs, mechanical stresses result in osteophytic bars, which form along the ventral aspect of the spinal canal.Frequently, associated degenerative changes in the facet joints, hypertrophy of the ligamentum flavum, and ossification of the posterior longitudinal ligament occur. All can contribute to impingement on pain-sensitive structures (nerves and spinal cord), thus creating various clinical syndromes. Spondylotic changes often are observed in the aging population. However, only a small percentage of patients with radiographic evidence of cervical spondylosis are symptomatic