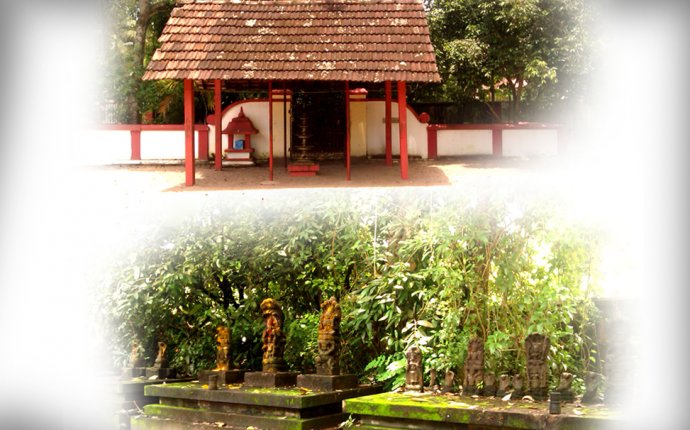 This article is for those cyber crooks who leave no stone unturned to malign Islam but fail to take note of their own heritage.

Vedic medicines were based on the mistaken notion that diseases were caused by evil spirits.

THE VEDA enthusiasts often assert that the ‘Atharvaveda’ is full of information about curing fatal diseases. Influenced by such propaganda, many people blindly believe that Vedas contain all knowledge including knowledge of medicine. This notion is often tied with the idea that Indians were far ahead in medical knowledge which was the direct result of their studying the Vedas. Nothing can be more false than this, as we will analyze.

Ayurveda has nothing to do with Atharvaveda

In ancient India medical science was known as ‘Ayurveda’ (‘Ved’ or knowledge of health or longevity). Owing to the word ‘Ved’ in ‘Ayurveda’, many wrongly attribute this branch of science to ‘Atharvaveda’. But the fact is that the word ‘Ayurveda’ has nothing to do with the ‘Atharv’ or any other ‘Ved’. This word is not found in any of the ‘Vedas.’ This word in fact is conspicuous by its absence even in the ‘Brahmans’ and the ‘Upanishads’ which were written after the ‘Vedas.’

The word Ved in ‘Ayurveda’ means ‘branch of science or a section of knowledge‘. The Sanskrit dictionaries give the meaning of the word ‘Ayurveda’ as ‘the science of health or longevity‘. In the ‘Brahman’ literature there are other ‘Vedas’ (branches of knowledge) such as ‘Sarp Ved’, ‘Pishach Ved’, ‘Itihas Ved’ and ‘Puran Ved’ (Gopatha Brahman 1/10; Shatapath Brahman 13:4:3). In these passages of the ‘Gopatha and Shatapath Brahmanas’, the word =Ved‘ means branch of knowledge.

Sushrut defines the ‘Ayurveda’ as the branch of knowledge which enhances life. (Sushrut Samhita Chapter1).

The early books on ‘Ayurveda’, are Charak Samhita and the Sushrut Samhita. The former is a composition of Charak, who lived about 200 B.C. The latter was composed by Sushrut much later. The word ‘Ayurveda’ was perhaps first used in Charak Samhita where it is stated:

Brahma was the originator of Ayurveda. He taught it to the twin-born Ashwani Kumars. They taught it to Indra.. (Charak Samhita, Sutra Sthanam, Chapter 1)

Besides, Charak also remarked that it was superior to the other Vedas, for this branch provided knowledge about life which was the basis of all pleasures and joys and good deeds (Charak 1-1-42)

Sushrut, overwhelmed by the popularity of the Vedas in his times, subordinated the Ayurveda to the Vedas. Finding no affinity whatsoever between the Atharvaveda and the Ayurveda, he declared that the latter was an upanga (minor part), of the former (See Sushruta Samhita 1.1/5). That is why there are imitations of the Atharvaveda in the Sushrut Samhita which undermine the importance of scientific data contained in the latter.

Later scholars refused to accept subordination of Ayurveda. Vag Bhatt said: “Ayurveda is not an upanga (sub-part) but an Upaveda (a secondary Ved) (Ashtanga Samgraha 1-1-8). The Mahabharat also says so.

The statement of Sushrut was not a balanced one, for he himself says that the Ayurveda was composed of one lakh verses whereas the Atharvaveda contains some six thousand verses and one thousand prose lines. To brand such a vast thing, the upang of such a tiny body is illogical.

Now let us analyze the medicinal prescriptions of the Vedas for various ailments and what they contain.

1. For the cure of cough, the prescription in the Atharvaveda is a prayer to cough:

“Just as the fancy flies forth with conceptions of the mind. So following the fancy’s flight, O Cough, flee rapidly away. Just as the arrow, sharpened well swift to a distance flies away, So even O Cough, fly away along the broad expanse of earth. Just as the beams of light, the rays of Sūrya, fly away. So, O Cough! fly rapidly away over the current of the sea!” (Atharvaveda 6:105)

2. The Charm for the recovery of dangerously sick man is mentioned in Athavaved 3:11. One incantation reads

@Dr Eric Levi: The issue of Mental Health, Morale and Meaning in Modern Medicine has bothered me for some time. I'm glad it's being brought into the light.