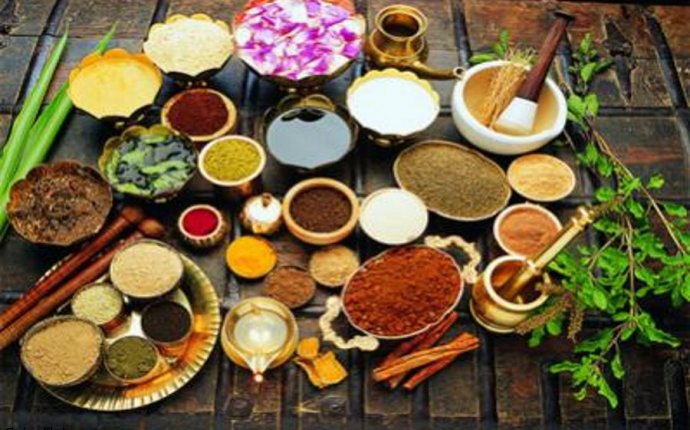 The vast field of Ayurvedic science is gaining more importance and popularity across the globe because of its amazing therapeutic values. In olden days man lived very close to nature and whenever he got indisposed he cured himself by the resources and materials provided by nature, which is nothing but the herbs.

Ayurvedic medicines prepared from the herbs are said to have no side effects. Herbs play a major role in Ayurvedic system. Herbs possess infinite potencies or Saktis and work wonders. A small herb dissolves stones in the bladder, kidneys and gall-bladder in a minute or the twinkling of an eye.

An Ayurvedic herb is a plant source which is used in the preparation of ayurvedic medicines. The plant on the whole with its leaves, flowers, fruits, seeds, roots, roots bark, and resin has medicinal values apart from its flavour and fragrance. It acts as a perfect mechanism in bringing a balanced harmony between the mind and spirit. When compared to other synthetic drugs ayurvedic herbal medicines do not cause any side effects. It works effectively fighting against various infections and diseases and thereby gaining quick recovery.Ayurveda is a perfect science of life and consists of a body of most remarkable knowledge on the internal mechanism of human health and longevity, on medicinal herbs and therapeutic roots, on the efficacious treatment of human ills by eradicating from the human system the very sources of their causation. The Ayurvedic science which works based on the herbs promises wonders to mankind when taken in a wise and prudent manner.

Importance of Herbs in Ayurveda