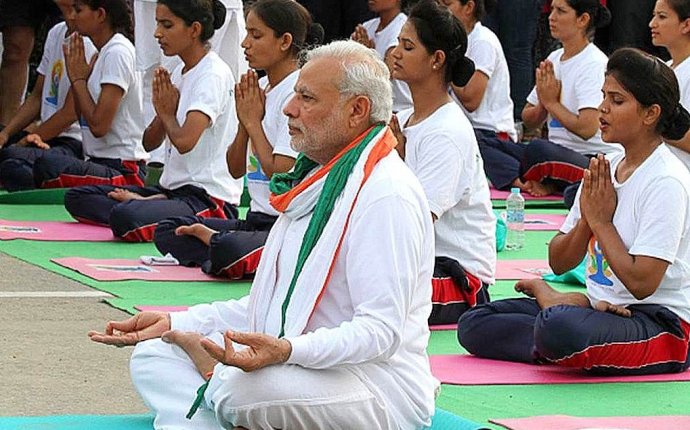 Parkinson's disease, known in Ayurveda as "Kampavata, " is a neurological disorder affecting 1% of the population over age 65 and is the fourth most common neurological degenerative disorder found in the elderly1. Because this condition occurs more frequently in industrialized countries, some have speculated that this condition may be caused by environmental toxins2. However, earlier references to this condition preceding industrialization are numerous. Western medical literature from the famous physician Galen, dating back to around 175 AD, gave one of the first descriptions of this condition under the name "Shaking Palsy." In 1817 the physician James Parkinson published a very detailed description of the condition, and the disease was named after him, as the tradition in the West7. Direct reference to the Parkinson's disease in the ancient Ayurvedic literature is sparse and refers only to related symptoms, such as tremors. Therefore, the condition is referred to in the modern Ayurvedic literature by various names for tremors: Kampavata (tremors due to vata), vepathu (shaking, as in being off track or out of alignment), prevepana (excessive shaking), sirakampa (head tremor), spandin (quivering), and kampana (tremors)4, 5, 6, 8. Parkinson's disease is most commonly called Kampavata.

As we age, particularly into our later years, apana vayu accumulates (sanchaya) and may become aggravated (prakopa). This leads to the constipation so commonly seen in the elderly. When this is combined with a vata increasing lifestyle and constitutional tendencies, the stage is set for vata to overflow (prasara) into circulation. Overflow causes vyana vayu to become disturbed within the rasa dhatu. Systemic signs of vata disturbance occur, such as dryness of the membranes of the body. Vata may relocate (sthana samsraya) to any dhatus that are weak. When a preexisting weakness resides in the tissue of the brain, this becomes the site of relocation, and thus we have a condition of vata (prana, samana and vyana) in the majja dhatu, damaging portions of the brain stem and causing altered coordination and tremors. Additional components of the pathology which are commonly present include vata (vyana) entering mamsa dhatu and causing muscle rigidity, or prana kshaya (diminished prana) entering the manovaha srota and causing depression. In addition, kapha appears to be diminished in the majja dhatu in these patients. An increase in vata dries out kapha (cellular structure) in the susceptible region of the majja dhatu (brain stem). This creates an open space, inviting vata to become vitiated. While the condition has a predominantly vata pathology, pitta can also play an important role in the samprapti (pathology) as its heat can burn out the cellular structure, causing kapha kshaya (diminished kapha) in the majja dhatu, in turn creating the original weakness in the brain stem. Hence personalities based in fear (vata) and intensity (pitta) are most predisposed to this condition, and those of kapha nature are the most naturally protected.

Medical research has determined the cause of the condition to be a loss of function of specialized cells in the brain stem which stimulate the production of the neurotransmitter, dopamine9, 1. The cause of the functional disturbance is not known. It is known that Parkinson's disease can occur secondarily to several known causes, including the ingestion of anti-psychotic drugs such as reserpine. Reserpine is a plant alkaloid derivative of the Indian herb Sarpagandha, also called Rauwolfia Serpentina8. These drugs block the action of dopamine on the brain even though normal levels are present. In addition, carbon monoxide and manganese poisoning can instigate the condition, as well as other brain tissue abnormalities such as tumors and infarcts.

Signs and Symptoms (Rupa and Laksana)

The most common recognizable symptom of Parkinson's disease is known as a "pill rolling tremor." In this condition, the thumb and fingers move uncontrollably in a manner resembling the rolling of a pill between the fingers. Tremors most commonly appear in the hands, arms, and legs, though other areas may be affected. Small movements of the hands and fingers may eventually be difficult. This condition, called micrographia, can make ordinary daily activities such as buttoning a shirt very difficult. Another symptom is stambha (rigidity), in which movement becomes slow and difficult to initiate. Patients usually have to look at their feet to begin, shuffle forward and occasionally break into a trot (festination). The arms do not swing in coordination with the usual stride. The face may appear without expression (mask face), dull, or depressed; though no depression may be present. Reduced blinking is an early symptom. The voice becomes monotone and expressionless, further causing some to mistake this as depression. Fifty percent of patients will develop dementia1. Vishada (depression) can accompany the disease, but the symptoms of mask face and monotone voice occur as a part of Parkinson's disease and should not be confused with depression. Upon examination, passive movements of the limbs produce what is commonly called "cogwheel rigidity." This is an unconscious resistance to passive motion causing the limb to move with irregular starts and stops, or a ratchet type motion. Sensory examination and reflexes are usually normal. Other signs of autonomic nervous system dysfunction may or may not be present, including orthostatic hypotension, constipation and urinary hesitancy9, 1. The most common signs and symptoms of Parkinson’s disease are Tremors, Muscular Rigidity, Mask Face/Staring, and Festinating Gait.

Diagnosis is based primarily on signs and symptoms. Resting tremors (tremors which occur when the body is at rest and there is no voluntary initiation of motion) along with rigidity, loss of facial expression or gait abnormalities strongly suggests the disease. As only 70% of patients exhibit tremors, the other 30% of the cases are more difficult to diagnose1. This condition may be confused with other causes of tremors, depression and gait abnormalities.

Drugs supplying the brain with L-DOPA have been the mainstay of allopathic Parkinson's treatments1, 9. The strongest effects of this chemical are seen in the reduction of gait abnormalities and rigidity1. Additional drugs are given to prevent the catabolism (breakdown) of dopamine. L-DOPA is often administered in combination with other drugs1. Surgery to alter brain function and the use of fetal dopamine neuron transplantation are under study1.