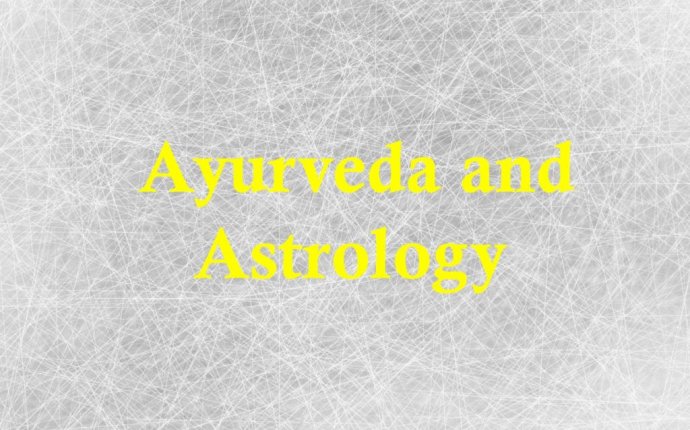 Ayurveda is the system of Indian healing that has been practised in India for thousands of years. Long before our era began, there were universities in India where ayurveda, among other subjects, was taught to tens of thousands of students. Ayurveda, as Vedic astrology, originates in the Vedic traditions.

In the Veda's (the holy scripts of the Hindu religion) we can find descriptions of the methods of Vedic astrology as well as ayurvedic healing. No one need be surprised at the relationship between the two.

Ayurveda is based on the three constitutions, the three dosha's. These three dosha's are called vata, pitta and kapha. Vata corresponds to air, pitta to fire, and kapha to earth and water. The astrological signs can then be divided as follows:

There are several methods which can help us to decide the constitution of a person, such as the pulse diagnosis, a urine test, face reading and the general impression a person makes.

SEVERAL TYPICAL CHARACTERISTICS OF THE DOSHA'S

13.2 ASTROLOGICAL ESTABLISHMENT OF THE THREE DOSHA'S

Astrology can also play a role in establishing the constitution or dosha. Naturally, we must use a Vedic horoscope for this and not a Western horoscope, although there are astrologers who define the dosha via a Western horoscope. This is wrong, because both ayurveda and Vedic astrology have their roots in the same Vedic tradition. This tradition forms a unit. The various methods rooted in this tradition supplement each other and re attuned to each other.

Actually, this is a complicated analysis, which seldom gives an unequivocal answer. This is not a catastrophe, because most people are mixed types. So we can have a vata-kapha type, a pitta-kapha type, etc.

Our example is the Kennedy horoscope