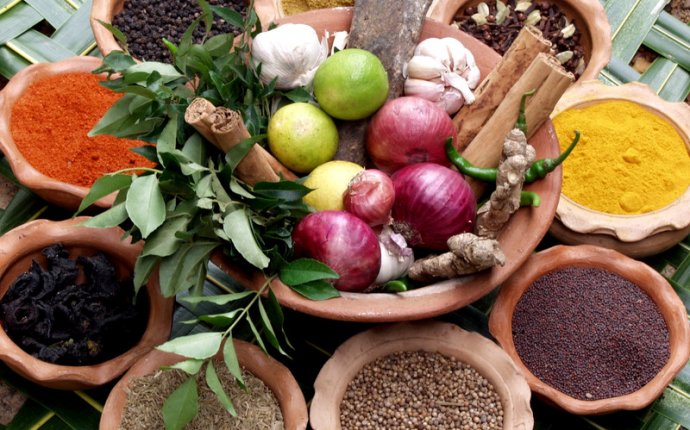 Fall gets us craving warm, vata-balancing foods, so it made us hungry to talk to Nanditha Ram, an India-born, New Zealand-based chef, yogi, and writer who incorporates Ayurvedic principles into the food she serves at her new organic Indian restaurant, Manna. Below, the 42-year-old reveals her 3 best Ayurvedic cooking tips and shares her "mouthwatering" recipe for Cashew Curry with Paneer.

Yoga Journal: How did you become interested in Ayurveda?
Nanditha Ram: My interest in Ayurveda has its roots in yoga. Yoga has been a lifelong love (Ram has taught yoga on and off since completing a teacher training program in classical hatha yoga in 1998), and yogic lifestyle management has always been a point of interest. That is where the crossover with Ayurveda happens—in that space where we combine yogic tools with eating a healthful diet, and that was exactly where I started to explore Ayurvedic cooking and food combining. It has now become an integral part of how I work with food, and it certainly makes Manna unique.

YJ: How did you train to become a chef?
NR: I have no formal training in the culinary arts. However, I grew up in a family surrounded by phenomenal cooks and food lovers. Growing up, I never cooked much; I only watched my mother cook. The kitchen was a place where my senses would come alive. It was also quite common to see large pots of herbs simmer for hours before getting reduced to a potent medicinal paste called lehiyam. I would sit on the bench and watch, chatting incessantly with mum about everything and nothing. She listened well and I observed well. This was a sharing space of sorts. And that's how I learned to cook - by letting the eye direct information into my blood and bones. And when the time was right, the innateness of the skill began to express itself.

YJ: Why did you decide to launch your new restaurant?
NR: Our business is an organic Indian takeout restaurant called Manna (which means nourishment from heaven) in Takaka, Golden Bay, South Island, New Zealand. We launched in the middle of the New Zealand summer in February 2016. We always joke amongst ourselves (the family) that all three of our children were born in February: our daughter, Anahata (13), our son Arjuna (9), and Manna, now nearly 8 months old. We had been talking about starting a restaurant for the longest time. When we moved to Golden Bay, we realized there wasn't much by way of diversity, even in food. The place is absolutely stunning with many restaurants and cafes, but not an Indian one in sight! That was an opportunity, combined with a real love for creating delicious, nourishing food. It was a coming together of so many energies, and Manna, the first organic Indian restaurant in New Zealand, was born.

YJ: How do you incorporate Ayurvedic wisdom into your cooking?
NR: I have always been a keen innovator with regard to food. I love new expressions of the old. That is to say, keep the wisdom in that which is authentic and time-tested, but be free to innovate within that framework. In that context, Ayurvedic cooking and the idea that the tongue is a gateway to higher consciousness has long intrigued me. Manna often takes on the avatar of a playground or lab where I experiment with various types of food combinations to see what sits well in my gut and so on. I believe in cooking with all my senses. Cooking is a body and soul experience. There is a great deal of intuiting involved in cooking. You have to feel it, smell it, taste it, hate it, love it, and improve it! In this process, I often find the inspiration to create products such as medicated ghee, pickles of various kinds (lemon, mixed vegetables, chili), turmeric tea, and chai masala, to name but a few. I make all the masala (spice mixes) for my cooking at Manna, and they are also products on our shelf. Ghee, as we know, is a highly medicinal food when combined correctly and eaten in moderate quantities. It also has the ability to carry forth the medicinal properties of the herbs or spices that it is infused with. The list of products in the works [at Manna] is pretty long, but for the moment, we're focused on packaging organic curry sauces for convenient home use, and we honestly believe that a good food product begins with an invocation to all that is pure in this universe! That is as much an Ayurvedic approach to cooking as anything else.

YJ: What are the main benefits of eating according to Ayurvedic wisdom, and more specifically, according to your dosha?
NR: The concept of constitution (prakriti) is the heart of Ayurveda. Ayurveda classifies humans into body types based upon the predominant element - fire, water, or air, and [explains] the dynamic principles that govern body, mind, and consciousness. This is what we know as doshas. There are three doshas: vata, pitta, and kapha. Vata represents air and space. Pitta represents fire and water. Kapha represents water and earth.

@Cultdays glossier has the best sunscreen, the least amount of ingredients from a company, there are some ayurvedic recipes too