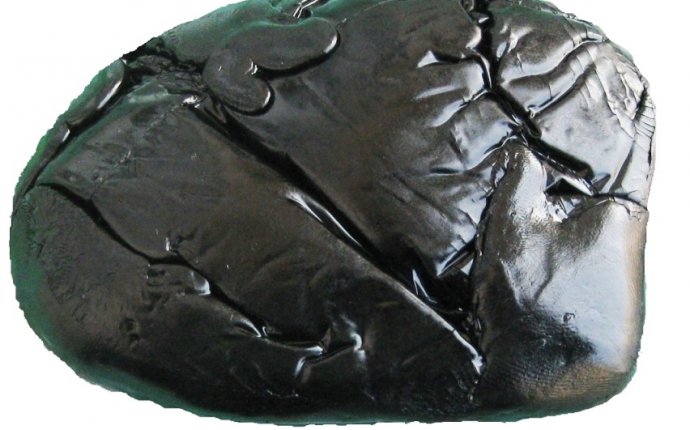 The fascinating herbal matter known as shilajit has profound effects on the physical body and mind including the capability of life expansion. This thick, blackish-brown, sticky substance is made from plants and organic matter that have been trapped by many layers of rocks over millions of years in the areas surrounding India, China, Tibet, Nepal, Pakistan, Central Asia and Scandinavia. The extreme variations of hot and cold weather combined with the massive pressure from the weight of the mountains creates the mineral rich matter to flow out of the rocks. [1, 2] In some areas, foot-long scorpions will sting the rocks and the poison that is dispersed causes the shilajit to flow out of the rocks. [3] There are four different types of Shilajit: Copper (Tamra) that is blue in color, Silver (Rajat) which is white in color, Gold (Sauvarna) that is red in color, and Iron (Lauha) which is blackish brown in color and is the kind that is used for healing. [4]

Shilajit was first discovered by Himalayan villagers. They would observe large white monkeys gather and journey to the mountain tops each summer. The monkeys were frequently seen eating a soft, black substance that the villagers eventually realized came from the Himalaya Mountains. The villagers then started consuming this organic matter. It didn’t take long for them to realize its’ amazing healing powers of both physical and mental health, as well as increased muscle and bone strength and the potential of increased longevity. [5]

Researchers have found plant organisms in shilajit from multiple species including: Trifolium repens, Euphorbia royleana, Pellia, Minium, Barbula, Stephenrencella-Anthoceros, Fissidens, Asterella, Plagiochasma, Thuidium, Marchantia and Dumortiera. [6] Shilajit has been found in the Tibet, Altai and Caucasus Mountains, as well as the Gilgit Baltistan region of northern Pakistan, but it is found most commonly in the Himalaya Mountains. There are many different names for this tar-like mass which are: silajit, salajeet, shilajeet, mumijo, momia, moomiyo, shargai, black asphaltum, asphaltum punjabianum (Latin), mineral pitch or mineral wax (English), dorobi, barahshin, brag-shun or baraga shun, chao-tong, and wu ling zhi. [7]

Shilajit contains over 85 natural ionic minerals as well as fulvic acid, humic acid and imperative phytonutrients. According to Chakrapani Ayurveda Clinic & Research Center in India, the chemical configuration of fulvic acid is: “100% natural organic water extraction from 75 million year old earthly deposit and contains approximately 74 essential complexed and dissolved minerals and trace elements. It contains 42% fulvic acid solids.” [8] Andy Kahn writes in his report titled “What is Shilajit?” saying, “The fulvic acid in shilajit is in its most natural and pure form. Fulvic acid is required to dilate the cell walls and transport the minerals deep into the cells.” What he means by dilation of the cell walls is that fulvic acid increases intracellular mineral concentrations via facilitated transport. If we can’t absorb the vitamins and minerals that enter our body, our tissues become deficient and we lack energy, both physical and mental. These deficiencies may speed up the aging process also known as senescence. Fulvic acid allows the 85+ minerals from shilajit to enter into the cells of the body rapidly and can “effectively prolong cell life and keep it healthy for a very long time.” [9]

The main chemical components of shilajit are: humic acid, fulvic acid, benzoic acid, benzoates and high concentration of vitamin A, B, C esters. It is made up of 60-80% organic matter, 20-40% mineral matter and 5% of trace elements. [10] Shilajit consists of mainly humic substances which are the end results of deterioration from plant and organic matter. These microorganisms are split up into three subcategories: humins, humic acid, and fulvic acids based upon their solubility in water and pH levels. Fulvic acid is soluble in water under different pH conditions. Humic acid is soluble in water under alkaline conditions. Humins are not soluble in water under any pH condition. Fulvic acid has a very low molecular weight and higher oxygen content than other humic acids which enables it to be absorbed really well into the intestinal tract and eliminated from the body within hours. It increases permeability of bio-membranes, which makes it possible for better absorption or assimilation of other active components by sensitizing the cell membranes. It also carries antioxidants, anti-inflammatory properties, memory enhancers, and anti-aggregation of tau proteins which help with Alzheimer’s disease. Here are some other molecules found in shilajit: dibenzo-alpha-pyrones, amino acids, sterols, eldagic acid, albumins, aromatic carboxylic acids, some fatty acids, gums, triterpenes, benzocoumarins, latex, polyphenols, resins, phenolic lipids and specific species of polysaccharides and lignins. The variation in molecular components is generally determined by the region from which the shilajit is obtained and the source of origin is still under controversy. [11, 12]

Uses Around the World

Shilajit is one of the most impeccable tonifying and rejuvenating herbal remedies that exist, which is why it is referred to as the conqueror of mountains and destroyer of weakness. It states in the Charaka Samhita, “There is no curable disease in the universe which is not effectively cured by silajatu when administered at the appropriate time, in combination with suitable drugs and by adopting the prescribed method. When administered to a healthy person, with similar conditions it produces immense energy.” [13]

The Yoga of Herbs by Dr. David Frawley and Dr. Vasant Lad says, “Shilajit possesses great curative powers and is considered capable of treating many diseases, particularly those of the aging process.” The indications for shilajit in this book are: parasites, diabetes, skin diseases, obesity, insanity, jaundice, epilepsy, gall stones, asthma, dysuria, menstrual disorders, cystitis, sexual debility, edema, hemorrhoids, and kidney stones. They also list a precaution of not using shilajit for febrile diseases which are conditions characterized by fever. [14]

The Way of Ayurvedic Herbs by Karta Purkh Singh Khalsa and Michael Tierra state that shilajit is unique in being a strong detoxifier yet an incredible builder of muscle and tissues. They also say that this treasure of healing is the best for tonifying the kidneys and urinary system. Its remarkable effects even go so far as to dissolve gallstones and kidney stones. [15]

RT @Care_Wings: Monsoon is the best time for Rejuvenation. Rejuvenation through Ayurveda. Various packages available in your preferred loca…