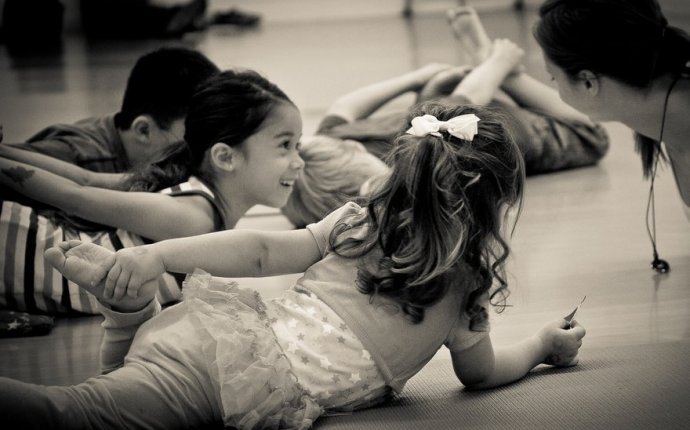 According to the National Institute of Child Health and Human Development, the autism spectrum disorder includes autistic disorder (classic autism), Asperger syndrome and Pervasive Developmental Disorder Not Otherwise Specified (or atypical autism). Autism is a developmental disorder distinguished by deficits in communication, interaction, and cognition. By definition the onset is prior to age 3.

The Diagnostic and Statistical Manual of Mental Disorders, Fourth Edition (DSM-IV) states that in order for it to be diagnosed, certain criteria must be met, the details of which are beyond the scope of this article. The gist is the following: Qualitative impairment in social interaction, qualitative impairments in communication and restricted repetitive and stereotyped patterns of behavior, interests and activities. Delays or abnormal functioning in at least one of the following areas, with onset prior to age 3 years: (1) social interaction, (2) language as used in social communication, or (3) symbolic or imaginative play. The disturbance must not also be better accounted for by Rett’s Disorder or Childhood Disintegrative Disorder.

Above is the technical jargon. What are some of the common signs, symptoms, characteristics and conditions? Anxiety, attention deficit, distractibility, hyperactivity, impulsivity, rhythmic rocking, repetitive acts or thoughts, abnormal eye movement, doesn’t play peek-a-boo, highly gifted, apparent lack of awareness to danger, language and communication problems, seems uninterested in people, unresponsive to verbal cues, allergies, poor appetite, low immunity/frequent colds, heavy metal toxicity and hypersensitivity to sound/light/touch/smell/toxins. Please note that if your child exhibits some or many of these, does not mean they have autism spectrum disorder (ASD). Appropriate work-up must be done by a trained and certified neuropsychiatrist (usually a PsyD).

The number of children diagnosed has skyrocketed over the last decade. A 2009 article in the journal Pediatrics estimates that 1 out of 91 individuals can be placed into ASD. It occurs four times more in males than females. Many wonder how this prevalence has increased more than tenfold over the past 20 years. Three main answers arise: a) awareness and diagnostic workup is much more prevalent and sophisticated, and b) more than ever the fetus and developing infants are exposed to chemicals and c) women are having children later in life and genetics—all of which increase the probability of ASD.

On the exposure front, there are more than 83, 000 chemicals registered with the U.S. Environmental Protection Agency (EPA). Most of these have not been thoroughly tested for their effects on human health. The Centers for Disease Control’s (CDC) 2011 National Report on Human Exposure to Environmental Chemicals (NHANES), Fourth Report, presented data on 212 chemicals, including 75 measured for the first time in the U.S. population. In January 2010, a study by the University of California San Francisco confirmed that pregnant women carry multiple chemicals in their bodies that can be passed on to their fetus. Published in Environmental Health Perspectives, the study evaluated data collected by the U.S. Centers for Disease Control and Prevention in 2003-2004. Overall, 43 banned as well as currently used chemicals — including PCBs, organochlorine pesticides, PFCs, phenols, PBDE flame retardants, phthalates — were detected in 99-100% of over 250 pregnant women. Furthermore, the women in the study were tested for exposure to only a fraction of chemicals on the market, therefore suggesting that pregnant women are likely carrying and passing on to their fetuses many more chemicals than have been reported here.

While the etiologies of ASD remain unknown, what we do know is that there are many concurrent medical problems which could exacerbate the disorder. For example, recent evidence reveals increased oxidative stress, decreased methylation capacity and transsulfuration (ability to detoxify), mitochondrial dysfunction (problems with being able to produce energy), increased toxic metal burden, intestinal dysbiosis (more bad guys in the gut than good guys) skewed toward an overgrowth of Clostridia species, immune dysregulation and hypoperfusion (low blood supply and flow) to the brain, just to name a few. Some studies suggest 88% of autistic children have lymphoid nodular hyperplasia in the GI tract, showing a chronic state of gastrointestinal inflammation.

ASD is best managed via a multidimensional and multidisciplinary approach. The most efficient and effective approach is to assemble a team that works together in the best interest of the person and family of ASD. Not all of these need be done at once, but may be implemented on an as needed basis. These include a pediatrician with special training and expertise in ASD, an occupational therapist, behavioral therapist, speech therapist, physical therapists and a naturopathic physician.

ASD is one area where integrative medicine, particularly naturopathic and Ayurvedic medicines shine. The lenses with which these two systems of medicine view health and well-being enable all of the aforementioned co-morbidities to be address effectively. The types of testing that would be conducted by these types of physicians can be simple or complex, depending on the needs of the individual.

Naturopathic treatment options include diet modifications and removing any potential allergies and sensitivities. Lifestyle modifications as suggested by some of the aforementioned therapists. Nutritional and immune support is a must and the tools at our disposal are almost infinite. Homeopathy is an efficacious, non-invasive, non-contraindicated, non-medication interacting system of medicine that takes the person’s mental, physical and emotional pieces of the puzzles to match to a particular homeopathic remedy to treat all of the symptoms and issues at once.

Other naturopathic treatments would include treating the gastrointestinal dysbiosis and restoring the gastrointestinal tract to optimal digestion and health. Improving the person’s ability to detoxify as well as removing any potential heavy metals, as these are known neuroendocrine disruptors, can significantly improve health and behavioral outcomes. Physical medicine modalities may be employed such as hydrotherapy, soft tissue manipulation (massage), craniosacral therapy, spinal manipulation and/or acupuncture.

Biotherapeutic drainage can also be employed and is practiced extensively at our clinic. This is a process of detoxifying the body by opening the emunctories (organs of elimination; ex-liver, kidney, lung) and then excreting the toxic accumulations. Unlike “detoxing or metabolic cleansing, ” biotherapeutic drainage works extracellularly and intracellularly, restoring optimal cellular function. They actually work not only by removing toxins from outside and inside of cells, but restore enzymatic and biochemical pathways to their optimal functioning. Essentially, it is a method of medicine that cleanses, purifies, corrects function and optimizes all cells, tissues and organs in the body, including the brain and central nervous system. We have been utilizing this system of medicine for about 5 years now to treat conditions of all types and have seen tremendous results.